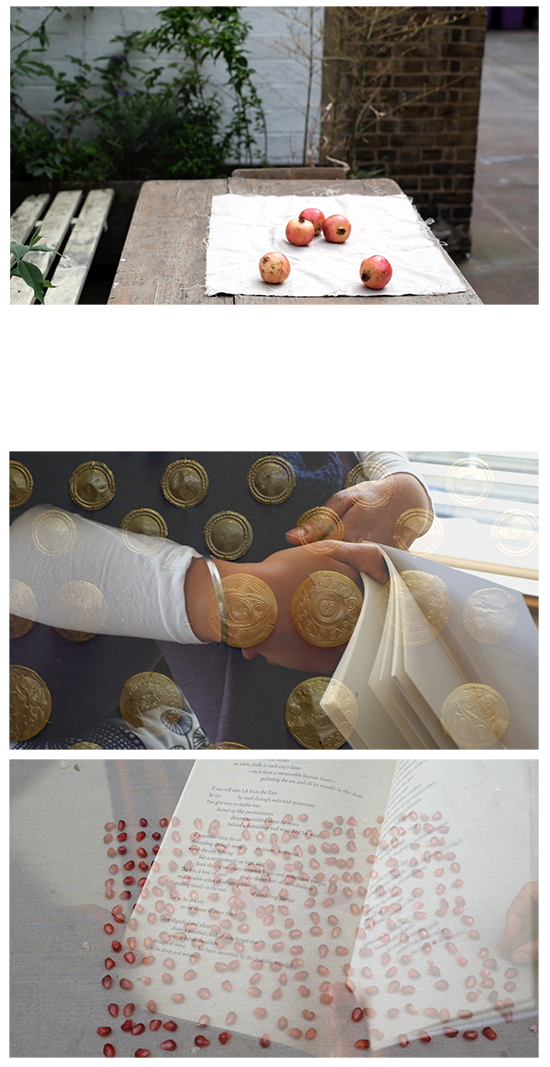 Often dreamlike, EIDOLON is shaped around the two readers of the film, who set their own paces in reading aloud Sandeep Parmar’s award-winning epic poem, Eidolon (2015). Falling in and out of unison, both words and images happen across small-scale units in the film: myriad small pieces from the ancient and contemporary worlds, crossing pages, screen, vitrine and cloth.

The film is collectively occupied by the intimacy of reading poetry and the process of building an intersectional female chorus in a digital age. Like the modernist women poets of her scholarship, Parmar’s poem works from the page outwards – using a spacious topography of words and stanzas. Her pages appear in the film alongside diverse historical inscribers such as a peeled pomegranate. Contemporary voices and rehearsed moments of cutting recall and humour are edited from the poem as a script, and Parmar’s crafted epic is here interspersed alongside unrehearsed, honest stumbles with classical Greek names as well as emotion in the voice of the anonymised reader.
While the readers occupy separate experiences of the text, they hold overlapping as well as divergent cultural experiences. Meeting one another through the film their voices grow louder, their materials accumulate and their fragments build something deliberate, conscious and public.

The full version of the poem readers recorded and mixed, is available on SoundCloud.